Trolliens…What is it? Well, it’s my homage to Aliens, one of the coolest sci-fi movies of all time, and it features missing fraternity brothers, 5% beer and dry campuses!

MOVIE COMING HERE — I’M DIGGING THROUGH MY ARCHIVES AND IN THE PROCESS OF REBUILDING MY OLD PREMIER PRO PROJECT FROM 1999. 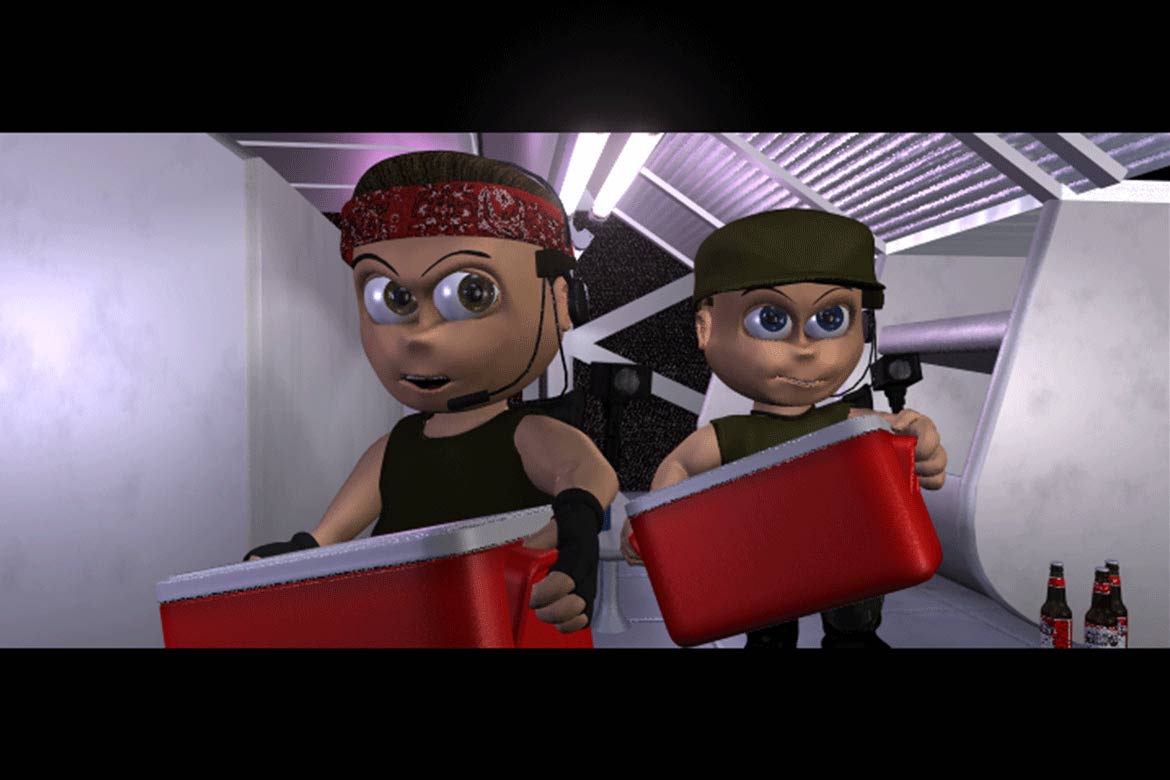 I started modeling props and sets in 1997-ish with no timeline established, and I just worked on bits and pieces at lunch and evenings when I could, so there were spans of months when nothing was accomplished. Modeling was definitely the most time consuming aspect, as I constantly rebuilt objects to minimize their resolution, knowing I was going to render everything in frame.

As props and characters came together, I used them to create 3D storyboards and began the editing process concurrently. Character-wise, my goal was to make the actors look like little clay puppets, as I’m a huge fan of stop-frame animation and I hoped to eventually render them to look like they were part of a live-action set. That’s why they have little sausage fingers and big glassy eyes! The problem I ran into was that the software (and my capabilities) I used to render it at the time were very limited. As you might imagine, time constraints at the end of the project also forced me to cut down the quality of the render (I’m on a mid-level setting, hence all the shadow artifacts). The biggest disappointment I have with the piece is the sheer lack of time I spent animating, (exactly 1 week… but one VERY full week) especially as it related to the amount of time I spent modeling. Again, it was a time constraint, because at this point, (late 1999/early 2000) I was hoping to enter ‘Trolliens’ in a animation festival (which I never did) and so the last few weeks were cram sessions. In hindsight, it wasn’t fair to me or the short to finish it under those conditions. 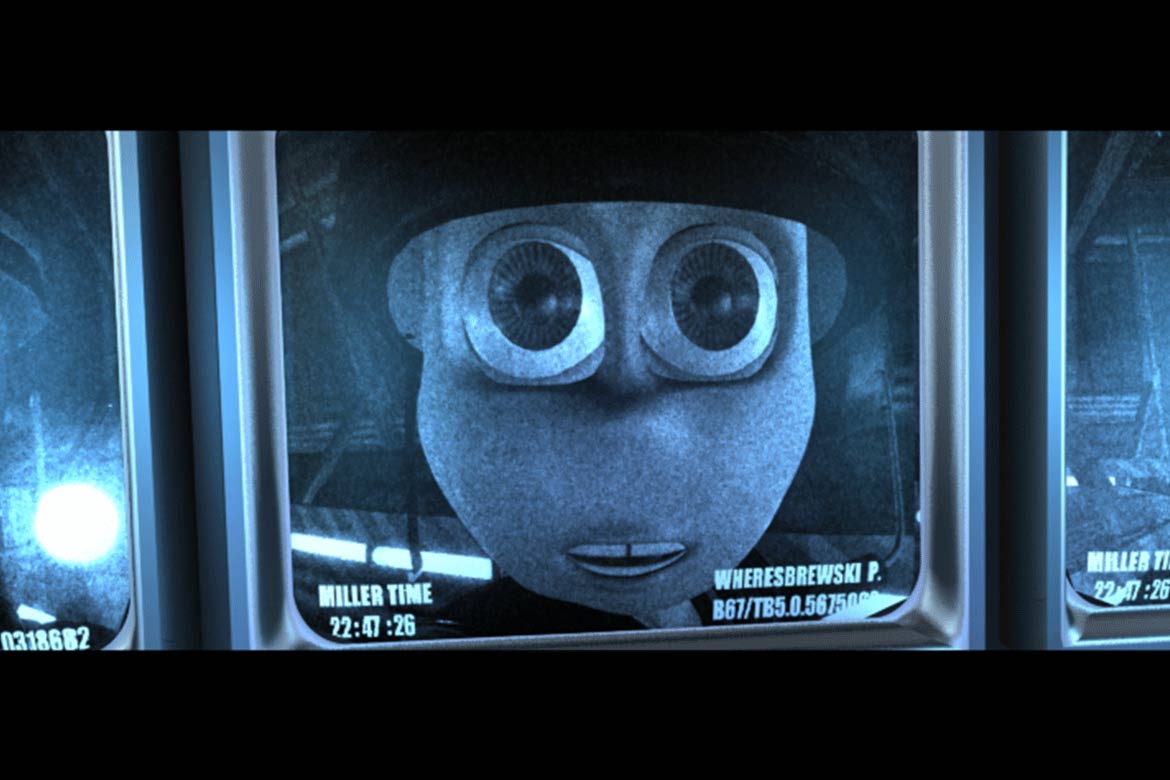 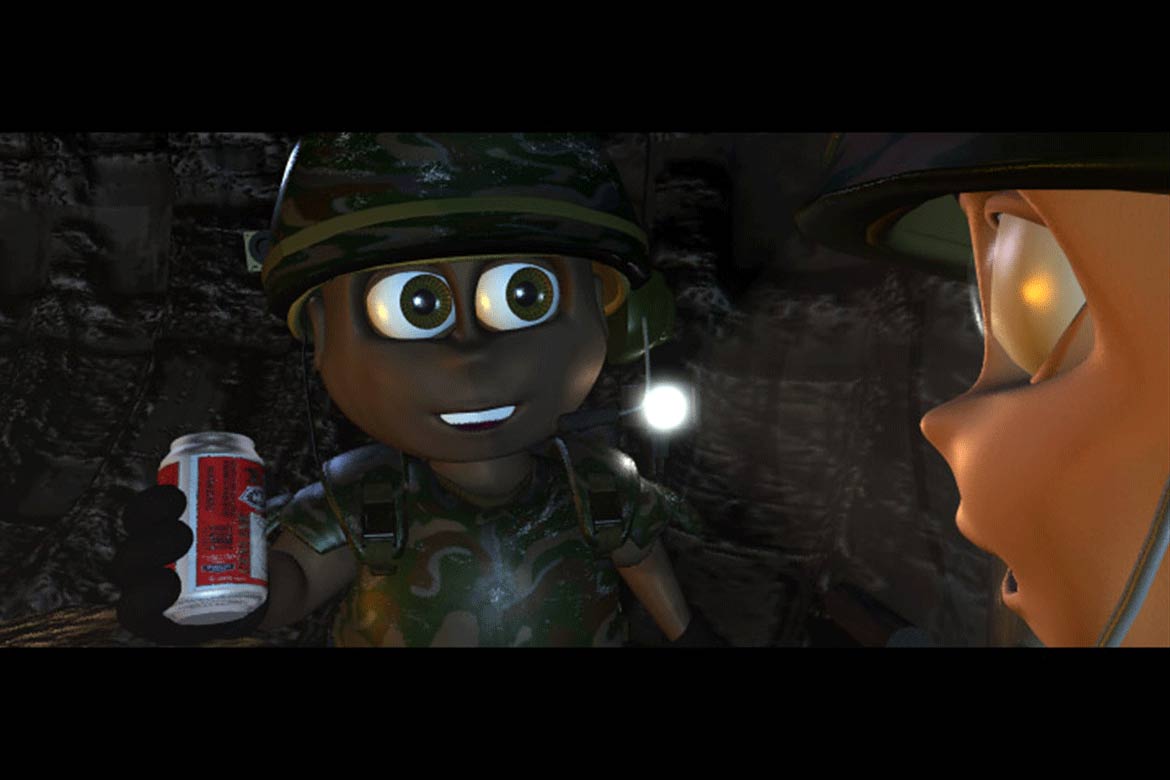 I still cringe when I watch certain parts, but as a whole I’m pleased with the “finished” product! I’ve grown to accept that all the little (and big) mistakes just hopefully add to it’s “charm”. It’s amazing how much time and energy goes into something so seemingly insignificant at just over 2 minutes in length.

Even though it’s a great vehicle to wrap up a range of images and ideas in a tight package, I’ve pretty much beaten the movie trailer formula to death, so I don’t plan on creating one of those again in the near future. Will I create another animated short again… well, never say never! 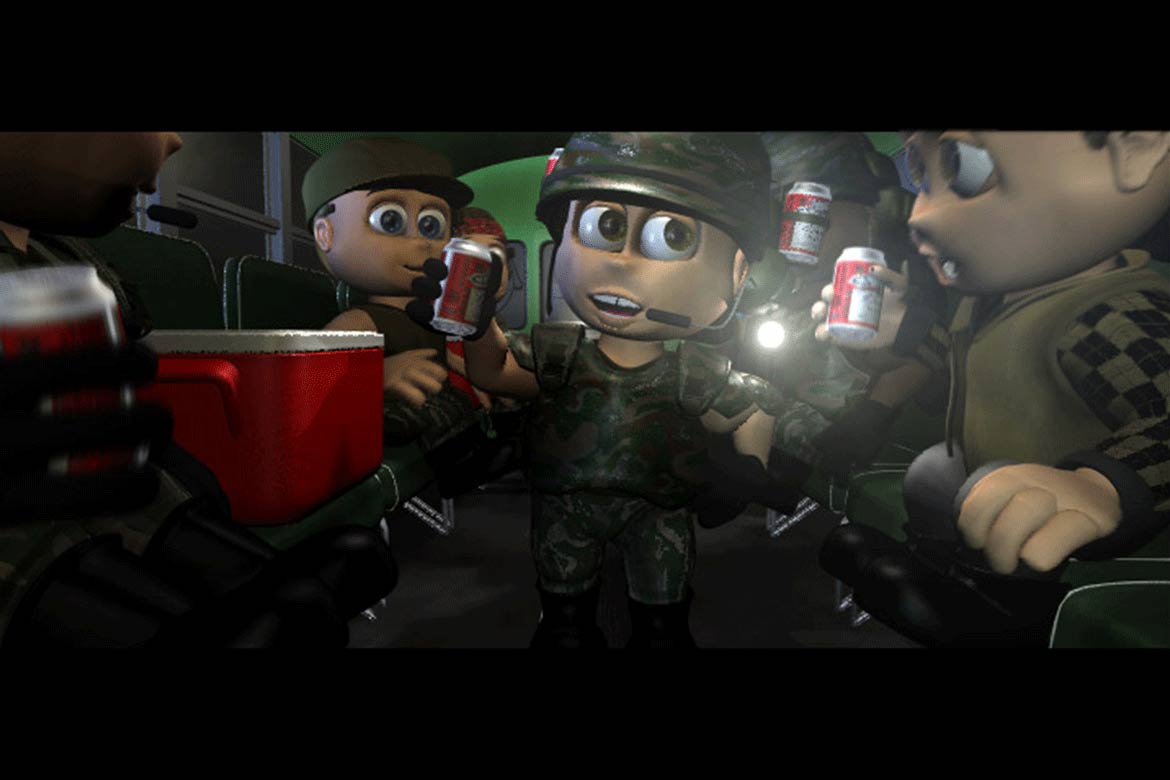 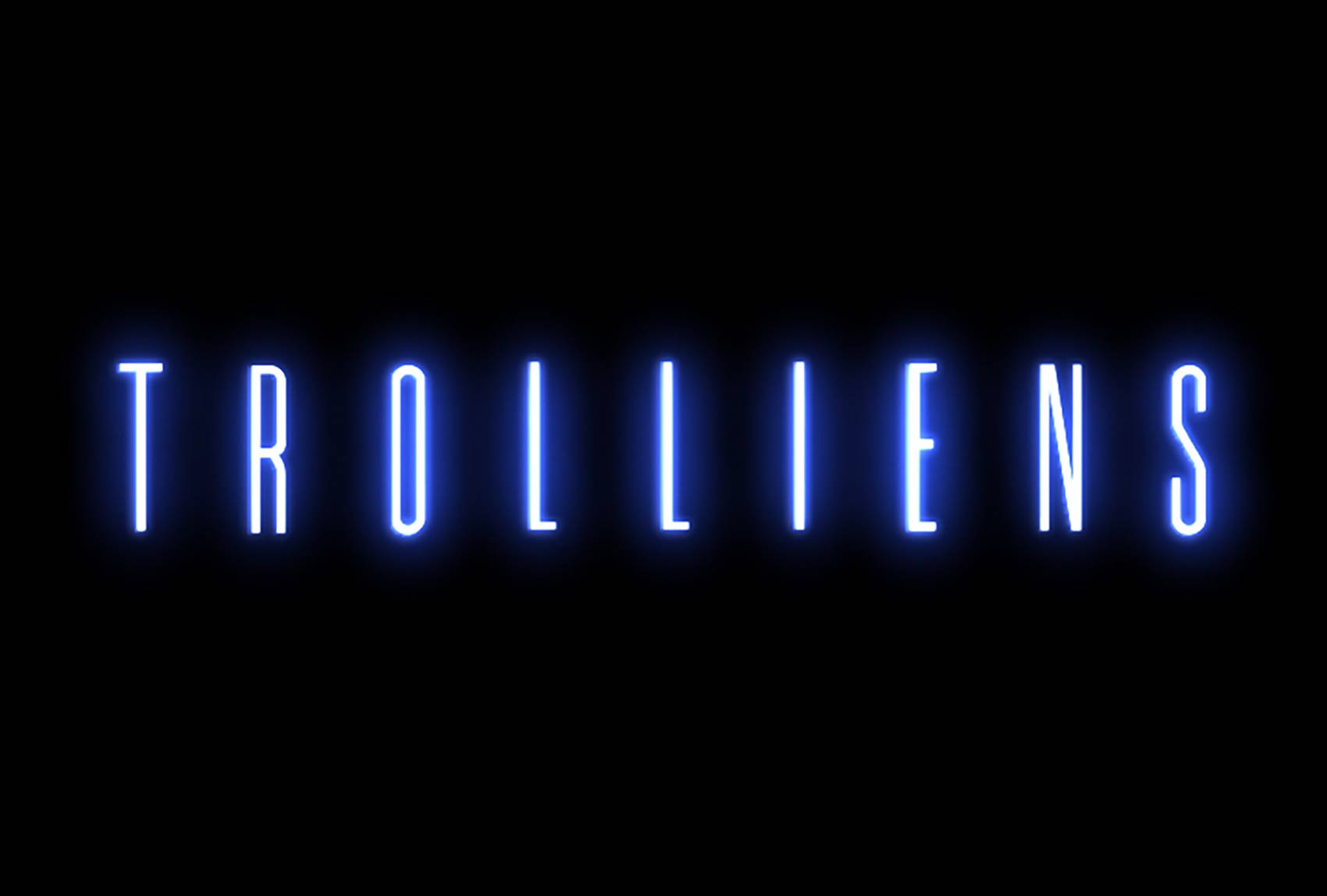